How will the new rate structure affect member generators?

OPALCO cares about building a healthy and sustainable energy future and is working hard to protect and improve the environment with our decarbonization efforts and advocacy in the region. Solar plays an important role in this future.

The change affects the rate that members who produce their own power are paid for the excess power that they sell back to the Co-op. Currently, solar producers (also called member generators*) are paid a retail rate ($0.109/kWh**) and the new rate proposed is $0.0849/kWh** – still almost double what OPALCO pays for wholesale power from the mainland.

OPALCO still encourages local renewable power – today more than ever as we face the challenges of decarbonization – but with the growing number of solar producers, the time has come to ask the people who generate their own power to pay their share of the costs to run the grid their systems depend on. The service access charge that all members pay covers less than half of the true cost to keep the grid running; the rest comes from energy usage (kWh) charges. 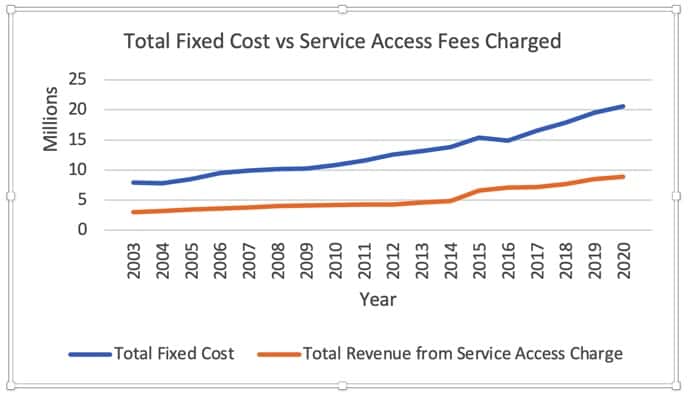 Many solar producers pay only the service access charge and no energy charges during the months they produce the most power. This creates a revenue shortfall for the Co-op.

The new tariff (the combination of rates, additional charges and other rules that determine how your electricity bill is calculated) provides a way for solar producers to start paying a little more toward the cost of the grid that they use, and also includes a credit to recognize the environmental value that their systems bring to the co-op power supply.