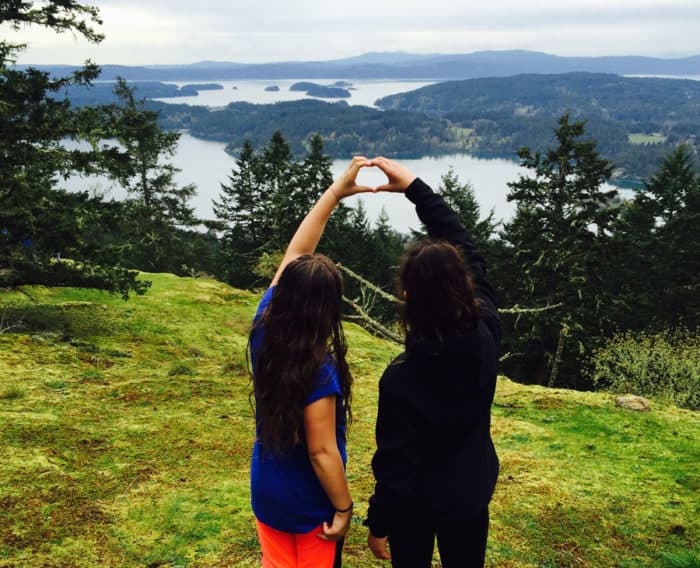 Come by Turtleback on June 10th to ask us questions!

OPALCO will soon be undertaking a a project on Turtleback Mountain to remove Douglas fir along the powerline corridor and replace power poles. This project, in collaboration with the San Juan County Land Bank, will serve two purposes: securing the safety and reliability of the power supply to Deer Harbor, Spring Point and Massacre Bay areas; and supporting the health of the traditional Garry Oak habitat.

“This is really a win-win project,” said Terry Turner, Project Manager for OPALCO. “We will improve a section of our power line that is currently almost inaccessible and has aging equipment in need of replacement; and will help the Land Bank in its efforts to protect and preserve the native habitat.”

This part of Turtleback had for centuries been an open meadow wildflower savanna dominated by an upper story of Garry Oak. Over the last 100 years, these open meadows have been slowly but surely overgrown by increasing numbers of conifers, mostly Douglas fir. The pole line in this location was originally installed in the 1950’s, and even at the time the number of large conifers encroaching on the powerline corridor was far less than has occurred recently.

From a powerline maintenance, safety and reliability perspective, this project will greatly reduce any future required tree trimming and maintenance, and greatly reduce the risk of storm damage and wildfire resulting from tree and high voltage line contact. The project will also improve emergency access to a remote and inaccessible part of OPALCO’s system. In addition to the clearing OPALCO will take the opportunity to replace its aging 40-year-old poles along this part of the line.

The project will leave as little footprint as reasonably possible, minimizing ground disturbance and leaving no trail. Any areas disturbed will be reseeded with native species especially selected for this type of area. Once pole replacement is complete, OPALCO expects to require no significant maintenance or line clearance activities for decades, aside from occasional monitoring on foot.

After a period of public outreach, design completion and a bird survey, tree removal will begin the week of June 8th and continue in phases throughout the month. Pole replacement is scheduled for early July with project completion by year end. There will be very little disruption to trail users; access to the work area will be temporarily blocked, but once equipment is in place, trail users should hear or see very little of the project.

A tailgate session is open to the public on Wednesday, June 10th from 11:30am-1pm at the South Turtleback Trailhead parking lot; staff will be available to answer questions and discuss the project in more detail.

This is not the first time the Land Bank and OPALCO have worked together on such a project. About 20 years ago, OPALCO deployed it’s right-of-way crews at the Land Bank’s request to removed small conifers encroaching and over-shading the rocky bald habitat on the west side of San Juan at the Whale Watch property.

Questions about this project can be directed to Terry Turner, OPALCO Line Clearance Manager, at tturner@opalco.com or Peter Guillozet, Orcas Preserve Steward, at 360-298-0052 or peterg@sjclandbank.org.

We are all in this together.  Find out about our COVID-19 programs we are offering to help members pay their bills.

Find out about our COVID-19 programs we are offering to help members pay their bills.